The Darkness behind Me 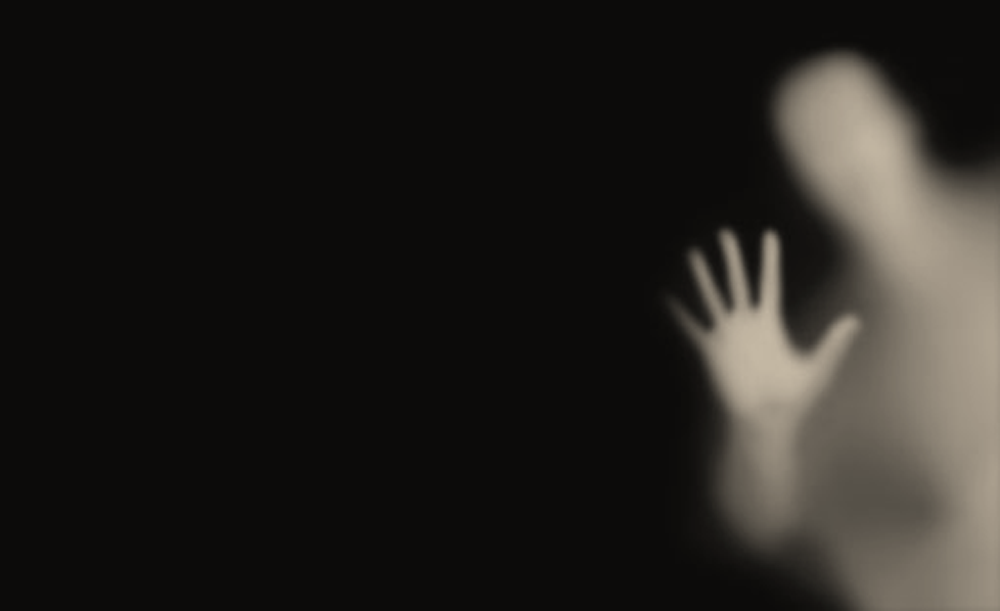 I climbed the stairs like a ninja, skipping multiple steps at a time and making tight corners at the turnings. I took a long sigh once I reached my room without daring to look back at the way I came through.

As a child I grew up with extreme fear of the dark. Dark nights, dark alleyways, dark stairs; you name it. I was so afraid of the shadows that trees formed on the surface of the curtains on a moonlit night that I would run to my bed as soon as I switched off the lights that were placed across the room from my bed. I would raise the blankets, jump on the bed and lie down; then cover myself from head to toe with the blankets while facing the wall opposite to that of the window, in one smooth motion. My brother used this fear to trick me into facing my fear for his enjoyment.

Every time I had to run to shops to buy evening snacks or chocolates, I would run like wind from the stairs of my home to the shop. I believed a ghost(s) was following me; and if they caught me? I would die. I would move sideways in an unpredictable way while running so that if those ghosts got too close I would fool them by making unpredictable moves. As soon as I got what I needed from the store, I would run back in similar fashion. I would skip steps on the dark stairs (while moving sideways too, mind you!), make sharp turnings around the corners—making the shortest, and hence the fast way back to safety.

I believed these ghosts followed me every time I was in the dark. They watched my every move, every thought. I had to either overcome them or fight with my mind to make my thoughts unpredictable, so anyone eavesdropping would never find out what I was up to.

Somewhere along the way I chose to face the fear. I would look directly in my eyes in the mirror while I softly spoke “Bloody Mary” three times so that I could look the person behind me for real. I was ready to face whatever stood behind me.

As I grew up, I started walking during the night. I spent most part of the days in college, so I had to walk home at night. Being a teenager with all sorts of transformation going on—mentally and physically, the dark silent night brought a sense of peace. It brought up a chance to be alone in the world filled with social interactions. I was getting to know new corners around my town. I was learning more about night lifestyle. I was fascinated by the contrast in the day and night life of Kathmandu. I was getting less scared of the dark with each passing night and more in tune with it.

I was getting better at it. I could make swift movements across a dark pathway or dark room based on my vision and my intuition of the physical space around me. I was better than all my friends at it. I wouldn’t bother turning up the lights because I could navigate the area effortlessly.

“I got rid of my fear of darkness”, my mind said joyfully.

Getting rid of my fear, helped get me learn the ideas of my surroundings. It got me doing things that I would never have done. I hung out, worked, studied at night and I was better at it than during the day time. It also made being alone easier. In fact, I would choose being alone over social interactions. Too big a crowd bothered me; the lifestyle of a small group of people at a time seemed like a better option. I was getting rid of my fear of darkness around me but I was getting deeper into my own darkness.

I was losing the part of me that made me human-ly acceptable in society. The darkness within me then spread out and started affecting the environment. Social interactions became a part of the work. As the quote goes, “All work and no plays makes Jack a dull boy”, I became increasingly unsure of myself.

Today I was walking up the stairs—it was a dark stairs with a sharp slope. I didn’t bother turning the lights up when I came down for some late night snacks. It was like every other day. I took my snacks and looked at the dark stairs. As I climbed the stairs, I could feel the energy pull behind me. It was the dark ghosts from my childhood. I held my snacks tighter against my body and ran up the stairs as fast as I could, finally ending up in a brightly lit room.

It is the constant voice that whispers “You can’t do it”.